Amico’s Pizza continues to sponsor Hogtown Wrestling and was especially proud to help the league produce their Friday 11th November 2016 Need for Speed event. This night featured some truly exceptional wrestling as fourteen different athletes hit the mat, each motivated to win fame and acclaim on their rise to the top. Read about who rose and fell during the matches on the Hogtown Wrestling Blog.

Here are some highlights we captured from the match-ups.  Below is CL Volino being abused by Bruiser Brakken. 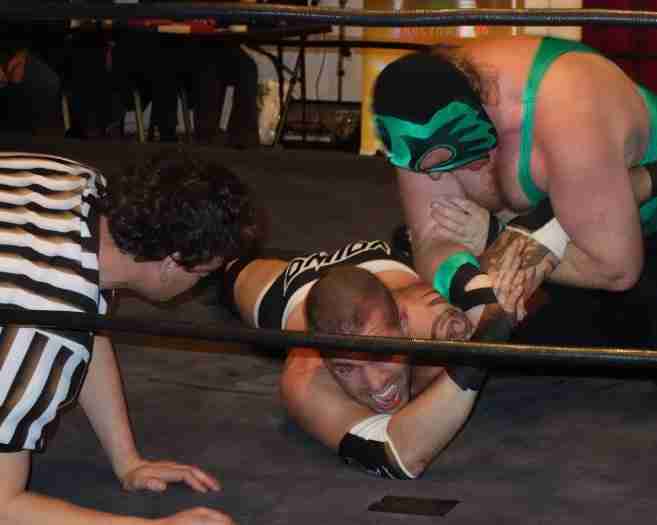 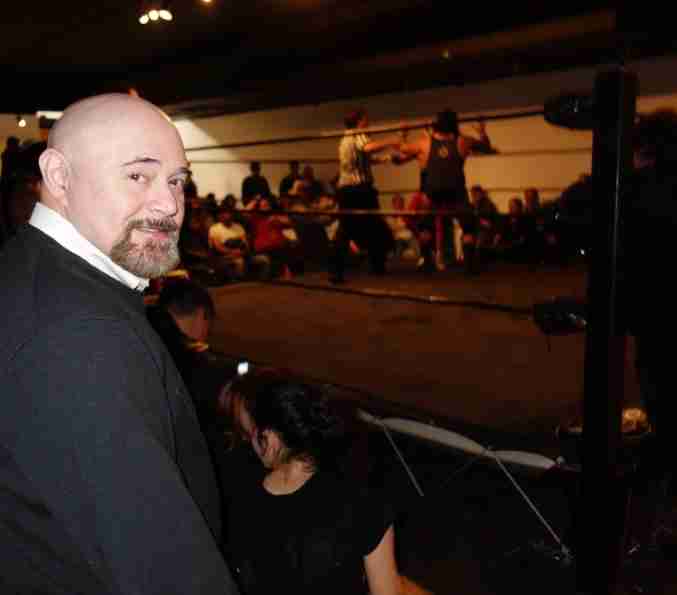 Above, Roger from Dine Palace watches the action is amusement; his organization donated the huge new vinyl ring apron to the wrestling league.  They made it extra large so that it will better accommodate the new ring that is on order for the 2017 matches! Below is Goliath Ayala who took on Speedball Mike Bailey. 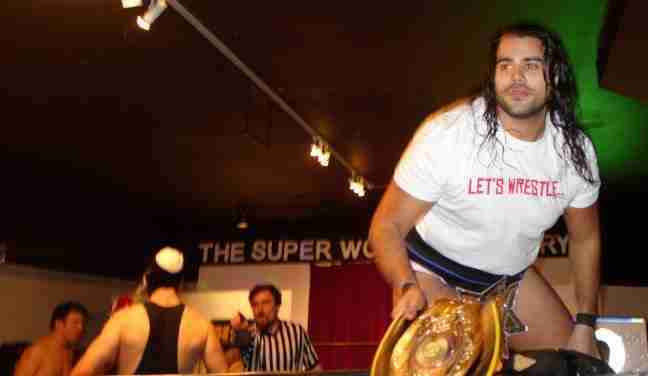 Below the camera captures Jim Nye the Science Guy moments after he had his arm wrenched backwards by The Sumerian Golem. Both of these characters benefited from 3rd party sponsorship, besides eating our pizza. Jim got a half hour massage from Toronto Physiotherapist Damian Wyard of Pilates4Physio and The Sumerian Golem tried the spa and vitamin drips at Jaconello Wellness Centre and is the star of a funny video wherein the masked wrestler tries every treatment in the clinic. 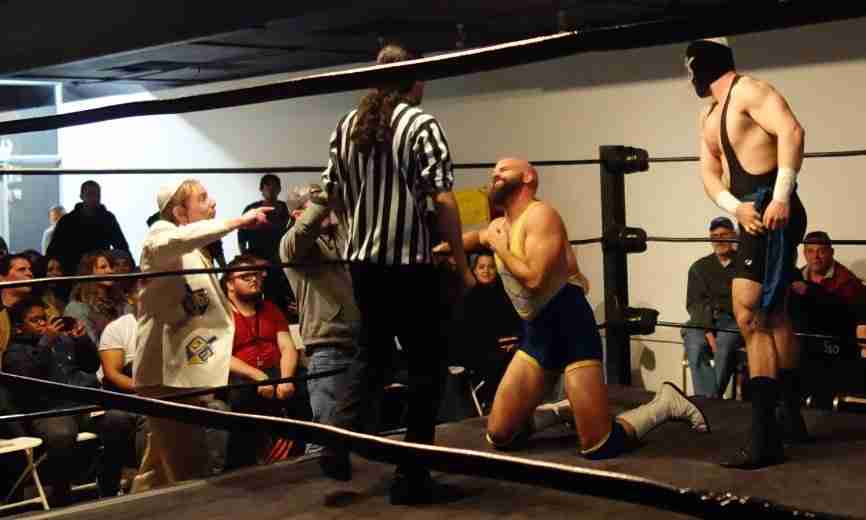 Here’s a nice wide shot of the backstage area where wrestler’s change costumes and where they eat our pizza before and after their matches in the gallery. 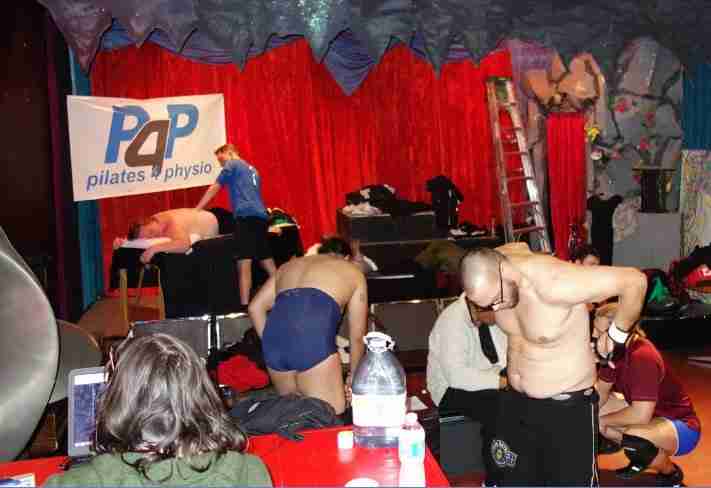 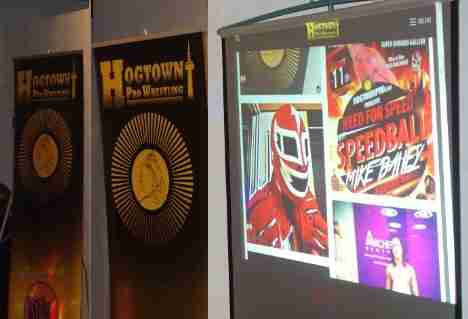 Hogtown Wrestling has introduced a video projector to the live shows, and on Friday night they were using Hashtagio to curate Instagram and Twitter pictures of the wrestlers. This interactive ingredient makes the shows even more entertaining.

Below is Speedball Mike Bailey who was the star of the Need for Speed event posing for a picture beside an obviously adoring female fan – the photo is not staged. This girl really was looking at her hero with pizza dough eyes. 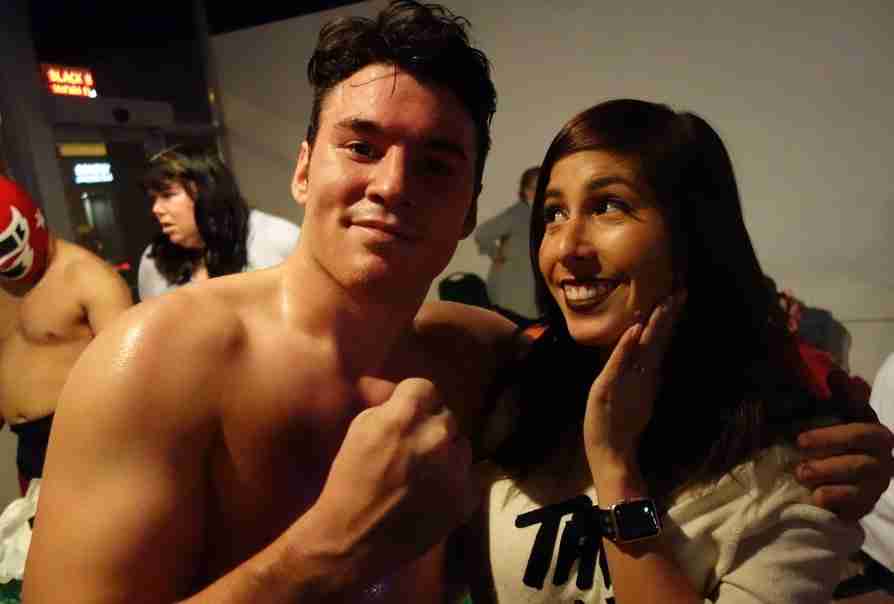 These two veteran wrestlers both had amazing matches that night, and the crowd that greeted them was genuinely interested in buying their collectible merchandise. Wrestling posters and 8×11 glossy photos can be quite collectible and each one they sell is another brick in their reputation tower. 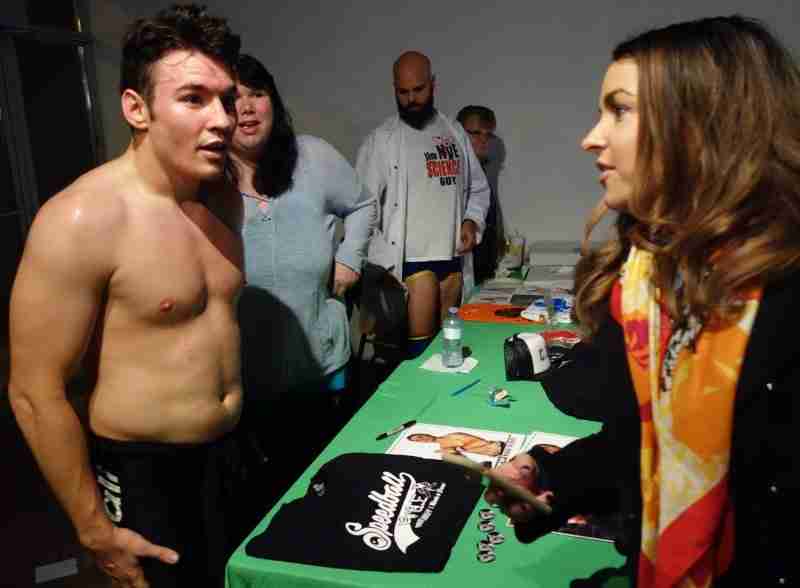 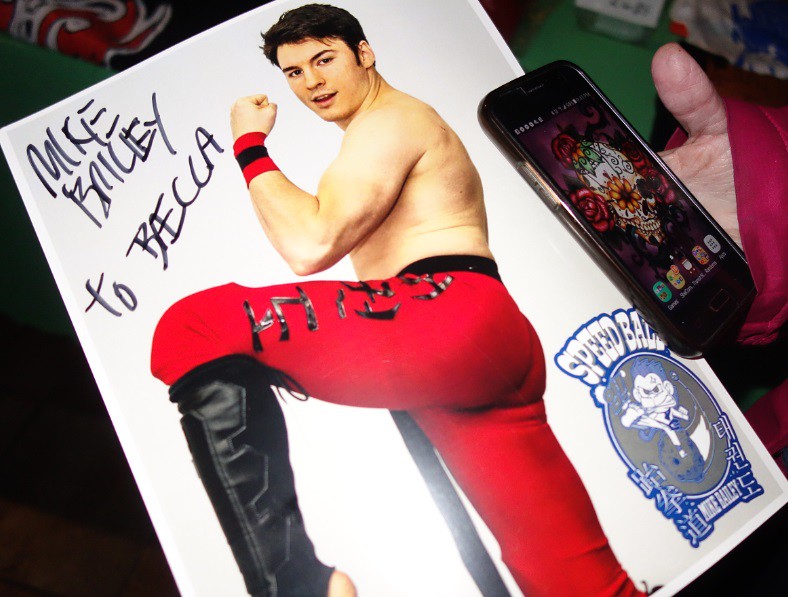 Below is Shannon Tebb from Shanny in the City, the Ring Girl at the Need for Speed show. This person is part of the show and poses with sponsors – she sits near the ring and gathers clothes and props and excess gear and keeps such items safe while the wrestlers do battle in the ring. Behind her, deep in the sponsor section (the safest area still close to the ring) is John Conn from Standard Telecom office phone systems and Ahmad Zehour from A2ZPC computer repair who both starred in a terrific video about the office phone hacking and PC virus removal story core to the Hogtown Wrestling league name change and the myth making that is helping make this sports theatre so special and so well integrated into the community. 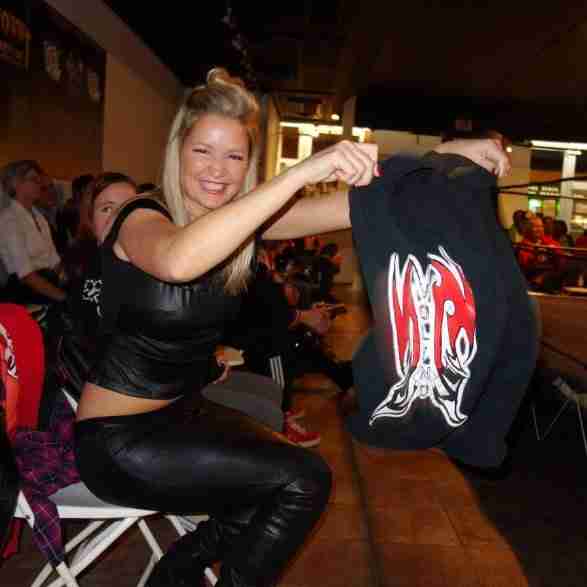 Below is Martin Casanova, the Latin lover. If you look closely at the picture you can see he’s wearing a custom sports-guard made by Archer Dental that says ‘The Lover’. A sports guard covers the top row of teeth only, allowing the wrestler to call out in comprehensible language during the match. 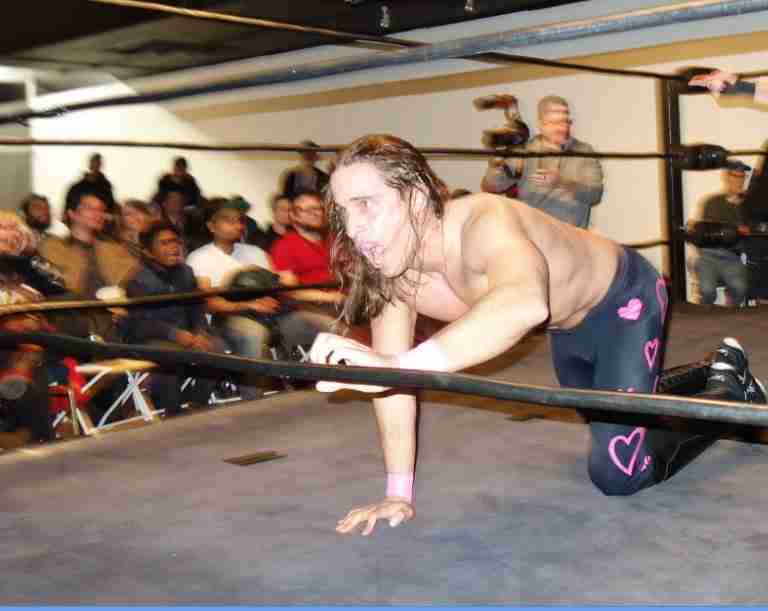 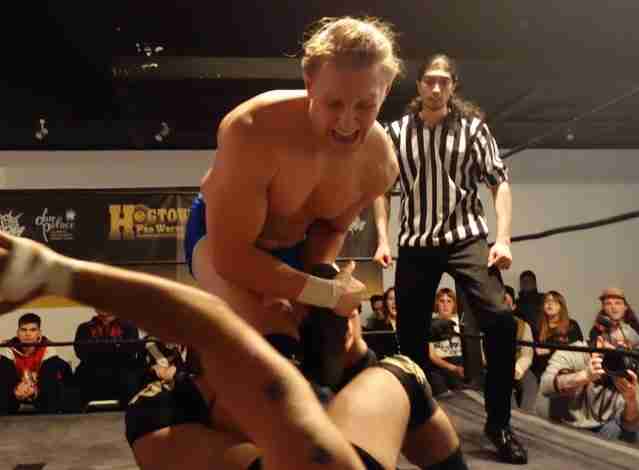 Above is Wrecking Ball giving the knee bend crux to Eddie Sapps!