Amico’s Pizza is proud to supply Parkdale with authentic Italian cuisine, and late night pizza delivery, but readers should know our fare often travels well beyond the city limits. In the summertime, our patrons take pizzas with them when they head-out to escape the urban core.  Many families migrate to lake-front cottages and family farms and Amicos goes with them in the car.  When of our friends take long hikes in wooded areas and have pizza picnics high-up in the hills. Last week, when six rock climbers came shopping for a meal they could eat in the car, they got a swell deal from Frankie who supports summer fun.

Six rock climbers wanted a deluxe pizza for their after-work car ride to a nearby climbing gym.  One of the rock climbers en route to Hub Climbing was Raymi the Minx, who wrote about her rock climbing adventure. 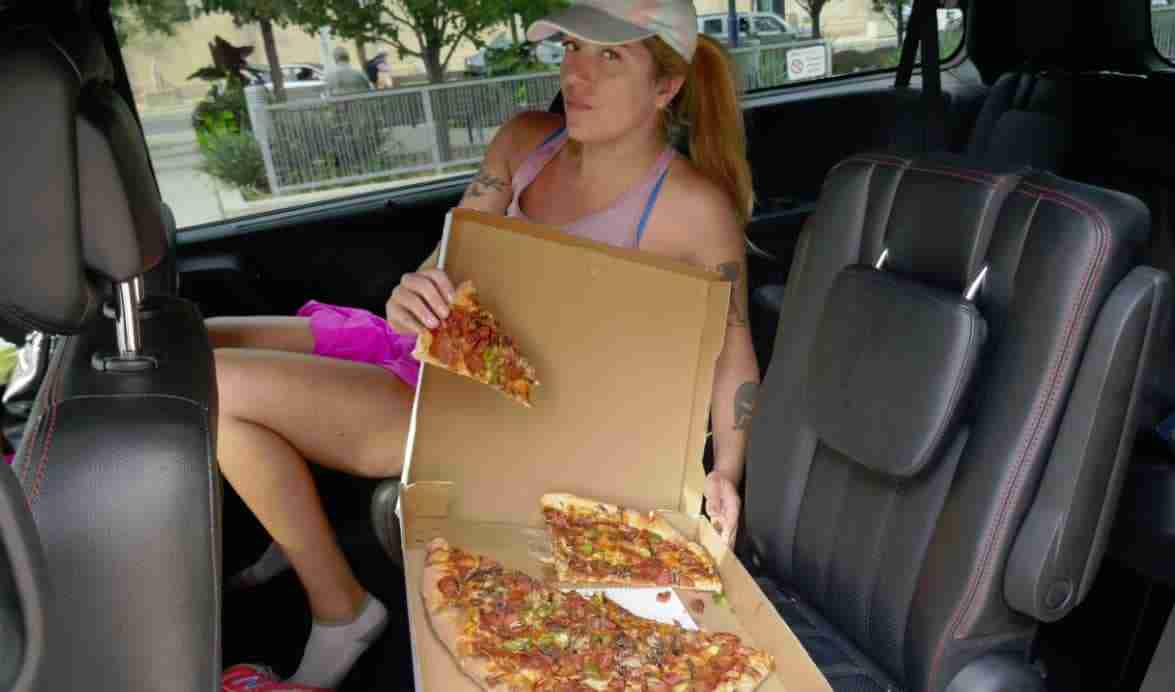 The climbers drove to Markham (in Rush Hour traffic) to participate in an evening team-building exercise at Hub Climbing, rock climbing and bouldering gym at 165 McIntosh that involved climbing tall walls with the use of autobelays and helping each other over various man-made obstacles in the gym. The activity also introduced the six participants to a new sport called bouldering which is the act of climbing over things without using safety ropes. If and when they fall, the participant lands on soft mats that are set out to cushion clumsy climbers.

One of the lessons that was taught in the exercise was how to fall; its not as easy as it looks.

And then the group put on harnesses and learned how to fall from a great height. 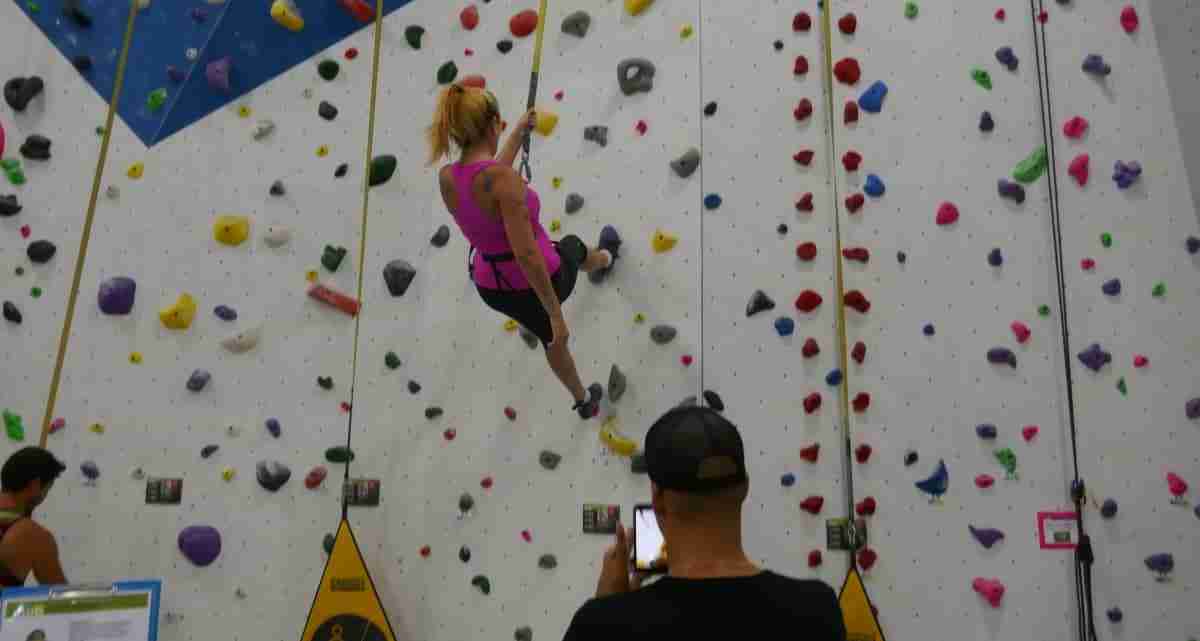 The group spent a long time and burned a lot of energy doing speed climbs. The fastest climber up the wall found honour among their friends on Facebook. The speed of 9.94 seconds was the best time up the twenty four foot wall; the best climbers used less than nine boulders to propel themselves up the incline.

The group had a blast at Hub Climbing and Amico’s Pizza was an important part of the adventure.

Casie Stewart wrote about rock climbing at Hub on her blog and included lots of little details. Thanks Frankie for the pizza pie supper that gave this group the strength to ascend.